I am very sorry that I was not able to find the time and energy to write my blog on Monday but other things just where more important. This Monday was my last day in the Ashram and that day was quite packed and intense.

The night before was unusually short because I went to sleep around 1:30, turning from side to side until I fell asleep at one point. My alarm woke my at 07:30 just to be put off and set it for 45 min later. I wanted to have enough energy to enjoy this day, so a little more sleep was very welcome.

For breakfast, I was meeting a friend, Dev. We went to Kirnahar, to get some last shopping and tailoring done and for some nice breakfast. I was impressed that we went to a place that was clean and free of garbage lying around, an unfortunately rare picture in the village or the few cities I went to until now.

We had a very rich breakfast that turned into lunch. We enjoyed ourselves very much and made some nice memories for our taste buds and as friends. He is just a very lovely, easy going and loyal guy who actually can speak good enough English to have actual conversations with.

The day moved fast. Lunch, cleaning the room, taking some last shots of the ashram and then heading for the village to say farewell. It was very intense to say bye to one big family made out of three families, living together in one house, every family had children I hung out with. Birthdays were celebrated together and there were several meals we took together.

It was so sweet how they sang a Bengali song together that I introduced to them. It was just the perfect song to sing for my departure: Amay dekona, the bird that moves on. Some last hugs and a few tears later I needed to go. I love those people, the little children, their parents, the animals there and their simple but very lovely home. We made some nice memories in the last eight months, doing yoga, playing games, singing and just being childish together. I will always hold space in my heart to honor them until we meet again. I said goodbye to Akhil, Sushils brother and some other friends of the family, petted the two baby goats one last time and returned to the ashram to finish packing.

My last 30% of luggage packing took much longer than I thought. Storing everything ant safe, preparing and writing my goodbyes took their time too. At 1:57 I was finally able to go to bed, just to wake up again at 04:21.
After very intense two and a half hours I woke up, ready to travel 48 hours.

Surprisingly fit, I woke up loaded the car, shared some last hugs with Calpona and Pore, the two big-hearted women who cooked for us at the ashram and kept the place clean. Pore is also the mother of two sons of the three families living together. The family I loved to spend time with in the nearby village and visited on my last night.

4:50: Arriving at the close by town I boarded the bus at place number 7 (the number that was given to me – good luck sign, check). Saying bye, hugging and thanking Sunil, Jeet and Beejoy and receiving some flower blessing rounded my departure up.

I spent most of my savings and invested it into my yogic education and some equipment but still I left as a rich person, enriched by experiences, new connections, wisdom and love. I grew in these 8 months as a yogi and as person in general. All in all I can say that it felt like me as a whole being has been upgraded, and for that I am very grateful.

I recently committed to the Kylego-connection, a place where we meet online in zoom once a week for one hour. We have a good time doing a special visualization technique embedded by a small talk by Kyle Cease. Since I joined that event I never wanted to miss it again and I did follow though. Even now I cannot believe it that I did a crazy funny, growth supporting 2,5-hour zoom call on the bus to Kalkutta that started 05:30 local time. Just thinking about that makes me chuckle. Time on the bus moved fast and supported by the offensive driving style of the bus driver we arrived at my drop off point in Kolkata on time. A few meters away was a toto, the Indian small town taxi. The toto driver tried to make some extra money on me but he could not. We agreed in the middle. Please get me right, I am a generous person and usually I do not bargain but if someone shows grief I react accordingly by not supporting such behavior. 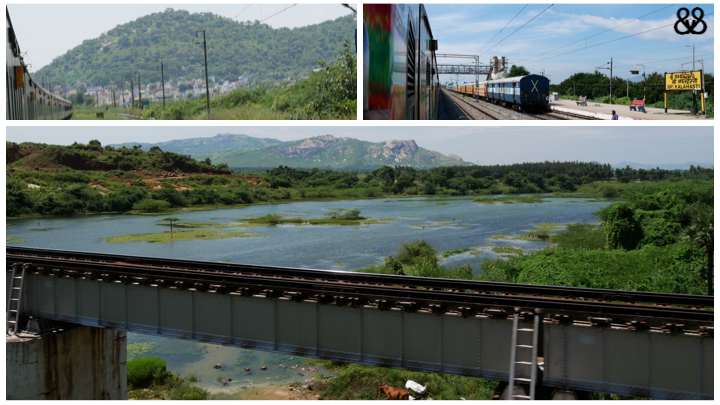 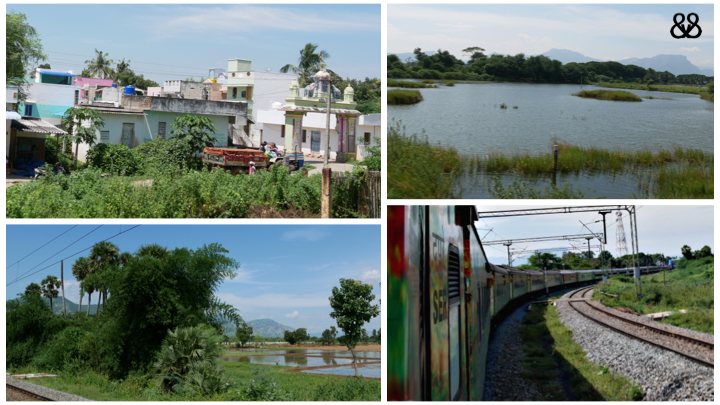 After approximately 8 km I left the toto near the train station but still I had to walk a little. It was hot, my luggage was a lot and heavy but I was committed to do it without another vehicle or hand to help carrying my stuff.

At platform 21 I was boarding the train. Luckily my name was on the conformed ticket list. I did not check that before but with waiting list place 9 and then 3 I was pretty confident.

It was fortunate that my stuff was fitting beneath my seat-bed combo. Another lucky coincident was that I had a lower bed which gave me more room for stuff and a window to look out. The window seat was one reason why my electronic devices weren’t used most of the time and my newly purchased power banks are still full.

I booked second tier AC which is the second of 5 classes (1,2 3 AC, Sleeper, Sitting/Standing). How you might imagine it is totally different from traveling standards and ambience in Germany, but I was mostly prepared for that and I mostly like that kind of traveling. There is enough space in the second class but I needed to adapt to the noise because most of the people were on their phones, talking and many prefer to listen to music on speaker. Toilets were available in western and in Indian style and were cleaned regularly. I preferred the Indian style which I say is the best way to go and let go 😉

The night went by fast, I got a little sleep and I enjoyed the ability to open the doors and look outside the train. I enjoyed some food that was prepared for my at the ashram, some sweets from the village and a lot of nuts.

By the way: officially it is mandatory to wear masks but luckily enough people are wearing no mask. And while eating you are allowed to take it down, so I snacked and drunk my way into freedom. After two hours I just left it where it should be: somewhere else. Many people are sick of wearing a mask and I can understand that and support using our brains. People that felt the need for protection for themselves or others wore masks (because they were cuffing or were from the older generation).

I arrived in Bengaluru safe, had a 5km toto drive just to cross the street and enjoyed a nice mushroom soup in the little restaurant were I write this lines to you.

That’s it for now. In 2 hours I will take the bus to my final destination.

A lot of love and light

That which has been in the future

❤ Thanks for your support ❤

Thank you for supporting my work!